CSEEES Graduate Choice Speaker: No Plan B? The Western Balkans after "European Enlargement" with Jasmin Mujanovic 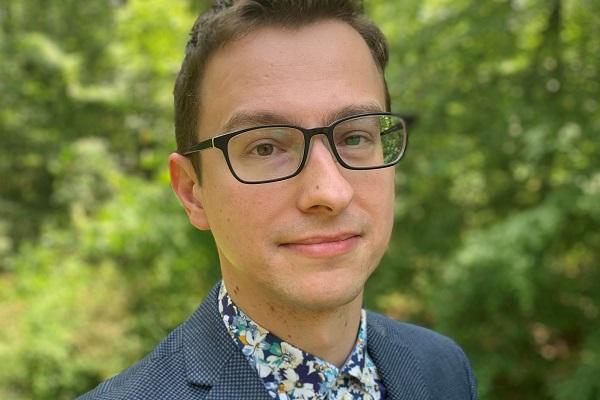 No Plan B? The Western Balkans after “European Enlargement”

For much of the last two decades, the project of EU enlargement to the countries of the Western Balkans has been the dominant international framework for the region’s post-war and post-authoritarian stabilization and democratization. It has not been entirely unsuccessful; Slovenia and Croatia have both successfully joined the EU and NATO, while Albania, Montenegro, and North Macedonia have joined the latter. But key EU capitals have now decisively turned away from the enlargement agenda, leaving the remaining “Western Balkan 6” (WB6) in (geo)political limbo. Regional governments are actively turning towards new benefactors: Russia, China, and Turkey, among others. That shift, in turn, has coincided with an accelerating pace of democratic deterioration in the region, and the return of revanchist politics. Presently, leading elements of the government of Serbia speak of their desire to forge a “Serbian World,” a reboot of the Milosevic-era “Greater Serbia” project; secretive non-papers envision the region’s wholesale territorial re-organization; and even EU member states, like Hungary, appear to be pursuing unilateral interests in the region, buttressing the interests of local militants and secessionist.

Where once officials in Brussels spoke of the EU as “the only game in town” in the Western Balkans, today the bloc has seen its normative legitimacy all but completely erode. The post-European Balkans are the site of renewed border standoffs, Russian-backed coup attempts, legislative brawls, sectarian brinkmanship, and the growing dominance of street politics over institutional deliberation. In short, the region has remerged as a significant source of potential, and even likely, security concerns for both the EU and NATO.

Taking stock of a fluid and dynamic political and security landscape, this talk will examine the prospects for a reset of U.S. and EU engagement in the Western Balkans, and the costs for both the political West and local citizens of a failure to offer the region a compelling “new deal”.

Jasmin Mujanović is a political scientist (PhD, York University) specializing in the politics of post-authoritarian and post-conflict democratization. His first book Hunger and Fury: The Crisis of Democracy in the Balkans (Hurst Publishers & Oxford University Press, 2018) examines the persistence of authoritarian and illiberal forms of governance in the Western Balkans since the end of the Yugoslav Wars. His publications also include peer-reviewed articles in leading academic journals, chapters in numerous edited volumes, policy reports for Freedom House, the European Council on Foreign Relations, and the Friedrich Ebert Stiftung, as well as popular analyses in the New York Times, the Washington Post, Foreign Affairs, Foreign Policy, and a host of other media. He has a prominent social media presence and has made appearances for international television and radio programs on NPR, BBC Radio, CBC News, Voice of America, Al Jazeera, as well as numerous Balkan media outlets. Formerly an Assistant Professor of Political Science and Policy Studies at Elon University, he is currently a policy consultant for the Friedrich Ebert Stiftung – Dialogue Southeast Europe, a course director at the U.S. Department of State’s Foreign Services Institute, and an Advisory Board Member of the Kulin Initiative.

This event is being held in-person on the campus of The Ohio State University. We are following the protocols established by the university for events and gatherings and we will continue to monitor and adhere to any changes in policy in the future. Per Ohio State policy, social distancing at event facilities is not required. All individuals regardless of vaccination status must wear a face mask indoors during the event. Unvaccinated individuals are required to wear a mask outdoors as well when they cannot maintain social distance. We are requiring registration/ticketing for this in-person event to ensure that we do not go over space capacity and we are required to maintain attendance records for contract tracing purposes. Walk-in attendees are welcome if space is available and will be asked to register on site to facilitate contact tracing.

If you have any questions about accessibility or wish to request accommodations, please contact us at cseees@osu.edu. Typically, a two weeks' notice will allow us to provide access.