"The Modern Pathway of Belarus: From the First Democratic Election in 1994 to the Crisis of 2020 and Its Aftermath" with Yuliya Brel-Fournier (U. Delaware) 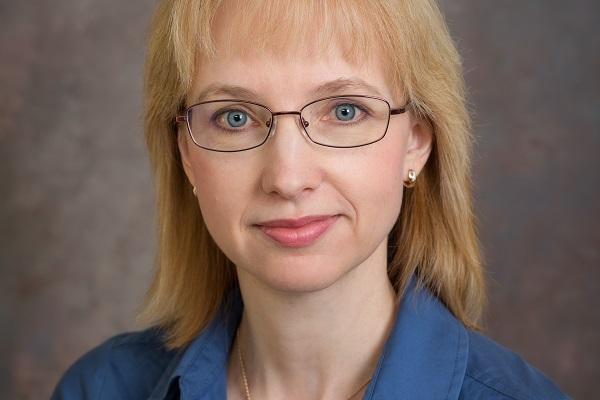 This lecture has been moved to a 100% virtual format. To register for this lecture, please use the Zoom registration link below.

Join CSEEES for a special guest lecture with Yuliya Brel-Fournier (U. Delaware).

The Republic of Belarus, which used to be part of the Soviet Union, became an independent state in August 1991. In 1994, Belarusian citizens elected their first president. Within a short period of time, however, the first democratically elected Belarusian president turned into an authoritarian ruler and brought under his control all three branches of government. Instead of promoting good governance and sustainable development, Lukashenko’s main effort began to be directed at preserving his personal power. For many years, he has been very efficient in achieving this goal. Between 1994 and 2020, Lukashenko did not experience much difficulty with re-elections. The outcome of each election would be accepted by the society with little resistance, and any protests, usually quite small in numbers, would be quickly quelled by the riot police. His political longevity was conditioned, at least partly, by a specific social contract with the citizens that was sustained for many years, namely, loyalty in exchange for well-being.

In August 2020, Lukashenko attempted to get re-elected for the sixth consecutive time. This time, the election ended in months-long mass protests against the electoral fraud, unspeakable violence used by the riot police against peaceful protesters and the deepest political crisis in the modern history of Belarus. After the election, western democracies did not recognize Lukashenko as a legitimate president of Belarus and imposed economic sanctions against Belarusian state-owned companies and certain individuals. These actions became very painful for the Belarusian economy and affected ordinary Belarusians. In addition, when Lukashenko’s victory was not recognized by western democracies, the authoritarian leader of Belarus launched a campaign for cracking down on civil society and coercing it into silence. In light of recent events, it is evident that the regime no longer lives up to the bargain it has previously made with the Belarusian people. For their part, the citizens seem unwilling to maintain their obligation for loyalty.

This presentation analyzes the escalating daily price for maintaining the status quo. It shows that when the state has enough resources to sustain itself, when political and military elites are consolidated around the strongman, and civil society is weak and suppressed or, as in the case of Belarus, almost non-existent, ordinary people have very little at their disposal to counter the state. The presentation concludes by considering the possible implications of the current situation for the future of Belarus.

Yuliya Brel-Fournier is an assistant policy scientist at the Center for Applied Demography and Survey Research at the University of Delaware. She holds master’s and PhD degrees in Urban Affairs and Public Policy from the Biden School of Public Policy and Administration at the University of Delaware, and a master’s degree in linguistics from Minsk State Linguistic University in Belarus. Her research interests concentrate on the problems of transition from authoritarianism to democracy in Central and Eastern European (CEE) countries and the former Soviet republics, modern dictatorships, democratic governance, and the role of civil society in the process of transition to democracy and its subsequent consolidation. Additionally, her research focuses on the modern nation-building in post-communist states and on whether the strength/weakness of national consciousness, alongside other factors, played a role in the divergent outcomes of the process of democratization in CEE countries. Finally, she inquires into social policies, for example, language, education, and health policies, and the reasons for their advance or ill success in the former Soviet republics and the USA.

If you have any questions about accessibility or wish to request accommodations, please contact us at cseees@osu.edu. Typically, a two weeks' notice will allow us to provide access.