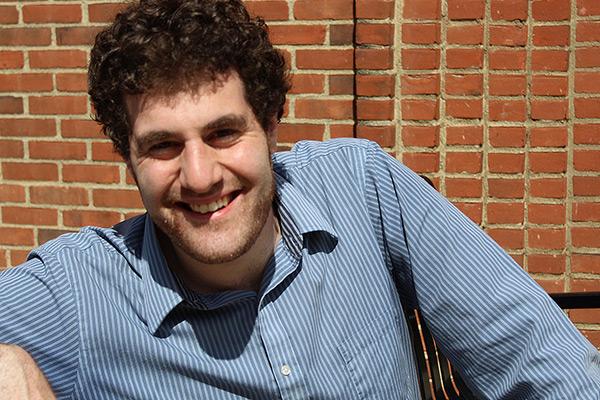 I am currently a Lecturer in History at the American University of Armenia (AUA) in Yerevan.

Tell us how you got there.

AUA was looking to expand its history faculty. The College of Humanities and Social Sciences was especially impressed with my dissertation on Anastas Mikoyan, and the rest, as they say, is history.

How has your degree from Ohio State and/or the FLAS program impacted your career?

It has had a major impact on my career. The PhD program at Ohio State and my FLAS fellowships enabled me to complete my Mikoyan research within the span of five years. It was through this support and the support of the American Councils Title VIII Research Scholar Program that I was able to work in the Russian and Armenian Archives and draw on archival materials and memoirs in both Russian and Armenian. It would have been impossible to realize this work without the FLAS language fellowships, American Councils, or the institutional support of Ohio State. In many ways, OSU, FLAS, and American Councils enabled me to do this research to help move our understanding of Soviet history forward, especially the history of Nikita Khrushchev's Thaw.

What was the focus of your dissertation research when you studied at OSU?

My dissertation focused on the significant role of Anastas Mikoyan in developing the post-Stalin nationality policy. The first chapter explored Mikoyan's March 1954 speech in Yerevan, in which he articulated a return to a more flexible approach toward nationality concerns. The speech was also significant because Mikoyan invoked the name of the Armenian futurist poet Yeghishe Charents, who was a victim of Stalin's Purges. In the end, both the speech and Mikoyan's own contributions to the rehabilitation of former "enemies" set the stage for Khrushchev's major anti-Stalin speech of February 1956 at the 20th Party Congress of the Soviet Communist Party. In subsequent chapters, I also explore Mikoyan's use of historical narratives to promote peaceful relations among national groups, his collaborations with his patronage network in Soviet Armenia, his efforts to rehabilitate nationalities deported by Stalin to Central Asia during the war, and finally, his contributions to the development of the post-Stalin nationality policy in the 1961 Communist Party Program and Khrushchev's constitutional reform schemes. Mikoyan's reform initiatives were incredibly significant, but of course, they also had their limitations, and the fall of Khrushchev in 1964 unfortunately prevented the realization of some of the most ambitious ideas on the Thaw-era reform agenda.

If you work in academia, what advice would you give to current and prospective PhD students?

If you are considering the possibility of entering a PhD program, think carefully about it. Getting a PhD is not easy, nor is it for everyone. It takes a lot of work and effort. But if you are really committed to getting a PhD, teaching and/or advancing the field through research, then it is worth it. If you do enter a PhD program, work hard and get your PhD done. The sooner, the better. Even if the market might seem rough, there are always opportunities if you look hard enough.