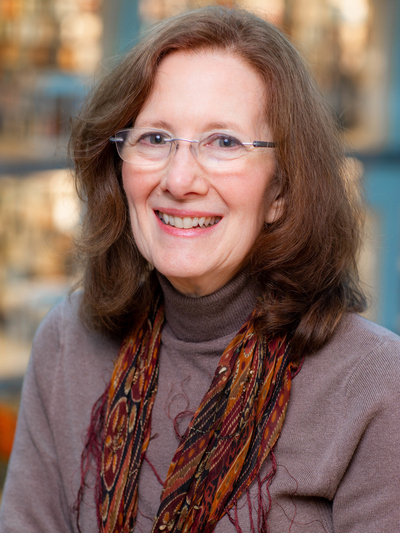 Professor and Curator of the Lawrence and Lee Theatre Research Institute

Nena Couch administers the Institute collections. She is head of the OSU Libraries Thompson Library Special Collections and has a joint appointment in the Department of Theatre. Her publications include The Humanities and the Library (co-edited and Performing Arts chapter co-authored with Nancy Allen); "Dance Collections" in Managing Performing Arts Collections in Academic and Public Libraries; Sidney Kingsley: Five Prizewinning Plays (editor and author of introduction); articles on Twyla Tharp and "The Catherine Wheel" in The International Dictionary of Modern Dance; "Western European Renaissance and Baroque Dance" in A Core Collection in Dance; Dance from the Quill (with Karen Eliot, Tim Glenn and A. William Smith); and others. With Karen Eliot (OSU Department of Dance faculty), Ms. Couch adapted Alexander Pope's 1714 poem The Rape of the Lock as a Baroque-style ballet, reconstructing dance notations from the period as well as choreographing in the style. As a performer she has appeared in the United States and Canada, and is a founding member of the Baroque dance troupe Les Menus Plaisirs. Ms. Couch was the 2000 recipient of the Howard D. Rothschild Fellowship for Research in Dance, awarded by the Harvard Theatre Collection. She has served on the Theatre Library Association board, and is the OSU representative to the Dance Heritage Coalition.

Her recent activities include America's Irreplaceable Dance Treasures/Ohio's Dance Treasures, a fall 2004 exhibition shown at the Columbus Cultural Arts Center, for which she managed the Dance Heritage Coalition’s traveling component and co-curated the Ohio portion with Karen Mozingo. She also curated Design for the American Stage: Treasures from The Ohio State University’s Jerome Lawrence and Robert E. Lee Theatre Research Institute for exhibition at the Riffe Gallery, February - April 2005. Ms. Couch presented papers at 2004 International Association of Libraries and Museums of the Performing Arts (SIBMAS) congress in Barcelona, Spain, at the 2004 American Society for Theatre Research/Theatre Library Association annual meeting and at the 2005 Kentucky Foreign Language Conference. She attended the Harvard Theatre Curators Roundtable including invited representatives from U.S. and British libraries and museums and sponsored by the Harvard Theatre Collection. During spring 2005, Ms. Couch was choreographer for the Virginia Arts Festival production of A Midsummer Night's Dream directed by Lesley Ferris. Research projects underway include work on Spanish eighteenth-century engraver Pablo Minguet, eighteenth-century dance, and the influence of Delsarte in early twentieth-century drama instruction. With Susan Brady (Yale University), Ms. Couch is currently editing a volume on lighting design collections which will be published by the Theatre Library Association.