In the 2012-13 academic year, the Polish Studies Initiative (PSI) awarded three research grants to Ian Johnson (History), Paul Niebrzydowski (History), and Justin Wilmes (Department of Slavic and East European Languages and Cultures). Here are some brief descriptions of their projects and time in Poland. We asked them for some more details about their work and its impact.

Ian Johnson: "No Divine Intervention: A Reexamination of the Battle of Warsaw, 1920" 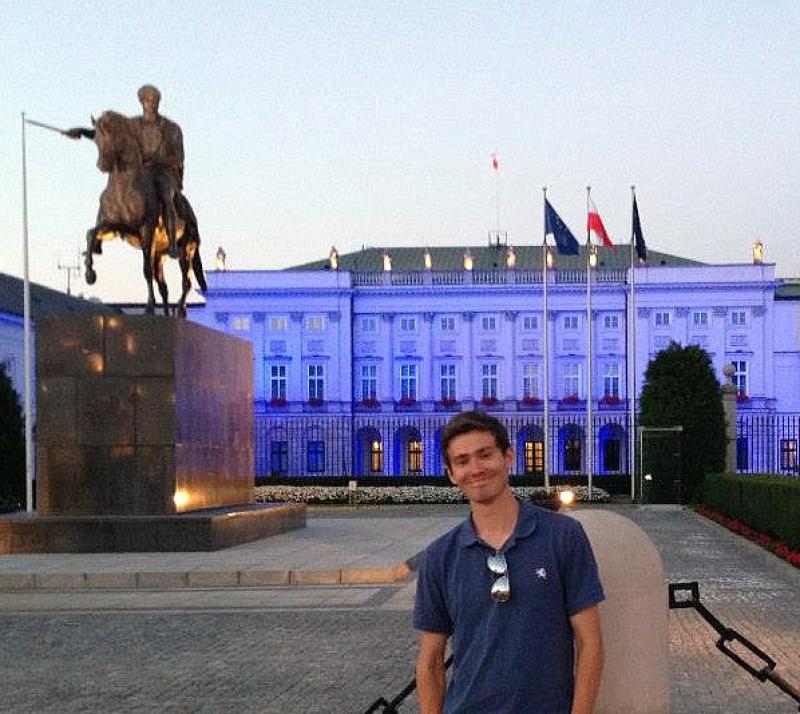 This summer, with financial support from PSI, I traveled from Berlin (where I was living) to Warsaw. I spent more than a week there researching an article that I hope to have published next spring. At the Archiwum Akt Nowych, I read through the journals and reports of major Polish figures in the Battle of Warsaw, including corps commanders and intelligence officials. My article explores the Polish military’s success in breaking Red Army codes during the critical moments in the battle of Warsaw, 1920. A team of mathematicians, students and cryptologists managed to decipher messages showing a gap in Soviet lines which the Poles used to gain victory. This victory meant the survival of the young Polish Republic.

1) Is there a broader renewal of interest in this moment in Polish history? If so, what do you think is fueling this trend?

I’ve definitely seen an increased interest in Polish history, whether it be at conferences, within the history department or even from undergraduates in my courses. I think there are a number of reasons for the change. Scholars have had increased archival access since 1989; in the case of both Russia and Poland, I think that the wave of scholarship produced from those visits, which really began in 1993 or so, has continued to drive interest in Eastern European history. In addition, I think the increasingly important role of Poland as a US ally and the revival of concerns about Russia have drawn a number of military and diplomatic historians (such as myself) towards the study of Poland.

2) What is it about Poles and math? Is there some specific aspect of Polish culture that has led to this strength in cryptography, codes, and [later on] computer science?

Interesting question. There is at least one clear answer. Russian educational policy in the 19th century was by and large intolerant of the humanities as were taught in Polish universities. While history, language, literature and other fields were circumscribed, Polish scholars had much more flexibility in terms of math and science. As a result, the mathematics programs at Jagiellonian University in Krakow and at the University of Warsaw throve by comparison. This deeply rooted tradition was strengthened again after 1945, when apolitical subjects again proved a safer pursuit for academics.

3) Do you think your story of code-breaking during the Battle of Warsaw is known to most Poles? Would it be a surprise?

The Battle of Warsaw is definitely familiar to most Poles, and to many Polish-Americans as well. The role of the Biuro Szyfrów, the Cipher Bureau of the Polish General Staff, seems to be largely unknown. The first time the story was revealed tangentially was only with the publication of F.W. Winterbotham’s The Ultra Secret in 1974. That work revealed not only the incredible significance of codebreaking in World War II, but also, building upon the work of Polish historians, the vital work that had been performed by Polish cryptologists.

Although there have been quite a few publications on the development of the Biuro Szyfrów, by and large they focused on the breaking of the German Enigma codes, the much more difficult technical feat and one that proved of great significance in World War II. As a result, the first academic work that specifically looked at the work of Polish codebreakers in the Polish-Bolshevik War only appeared in 2004 buried in a technical journal, Cryptologia. A few Polish-language works in the last 10 years have discussed the role of Polish mathematicians in the Polish-Bolshevik War, but my impression is that few Poles are familiar with them.

I think the myth of the battle has in some ways impeded the study of the causes of Polish victory. The odds stacked against the Polish Army seemed so great, particularly at the time, that the “Miracle of the Vistula” became the common narrative. But I hope that historians and the public will find, over time, that the amazing work of Polish mathematicians and intelligence officers is just as remarkable a story.

Paul Niebrzydowski: "Reining in the Four Horsemen: US Relief to Europe in the Wake of the Great War" 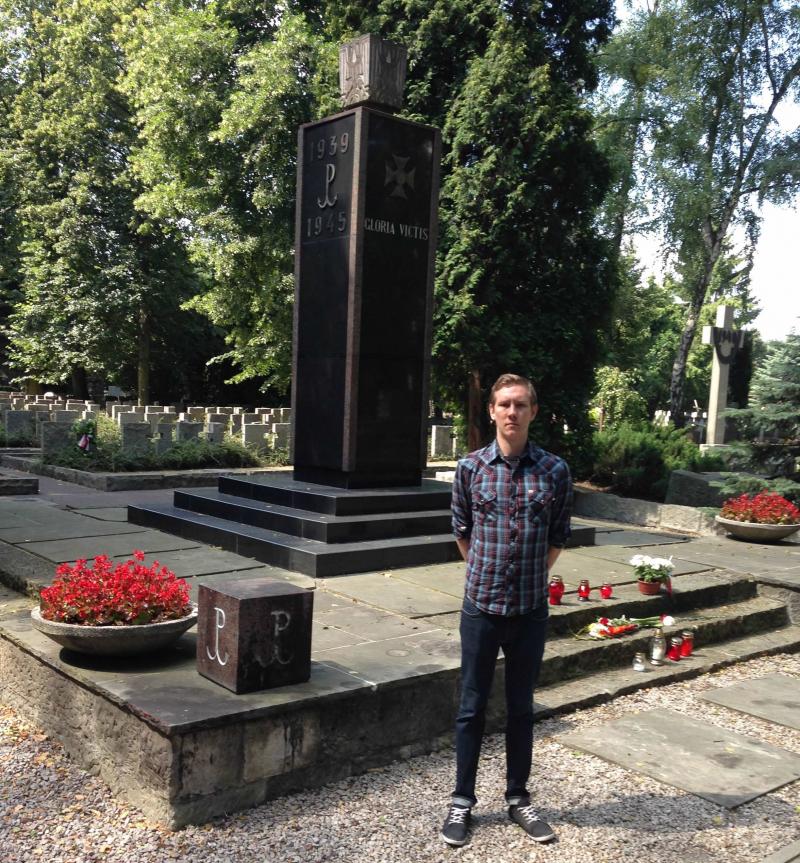 The PSI grant financed a preliminary research trip to begin work on my dissertation, which examines the work of the American Relief Administration (ARA) in Poland and Austria after World War One. Specifically, I looked at how the nascent Polish state cooperated with the ARA while facing first the challenge of demobilization of the German army and then the outbreak of the Polish-Bolshevik War. I examined how indigenous Polish charitable organizations, both secular and religious, as well as early public health structures that emerged during the Regency government under German occupation, allowed for the success of the ARA's relief mission, which I seek to illustrate as an endeavor that in many ways transcended national boundaries. In Poland, I first visited state archives in Lodz and Warsaw to trace the work of public health officials. I spent roughly three weeks in each location. I then followed the distribution of relief to local archives, including dioceses and convent archives in Bialystok and Krakow, where I spent about one week. I am currently using the results of that trip to apply for year-long fellowships that will allow me to complete the dissertation.

1) How did the infrastructures for medical and other social services develop in partitioned Poland? Did you see any consistency across those boundaries in the services provided by religious organizations?

The public health and other infrastructures in Poland had begun to form under the German occupation, which reached eastward to Brest-Litewski. The German-occupied areas saw the development of municipal public health sections, especially in major centers like Warsaw and Lodz. Shortages and destruction during demobilization, however, did lots of damage and put great strain on those nascent structures. 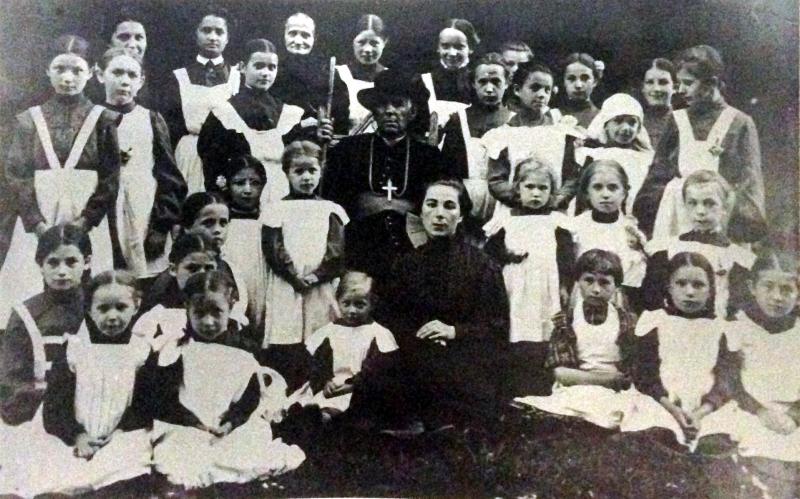 The extent to which religious organizations were involved varied. Convents and churches often severed as milk and food distribution points. You can see how far east the mission reached. Often churches were the only organization out there. Where services provided by the church crossed boundaries of old partitions most clearly was in the adoption of Bishop Adam Sapieha's relief organization as a model for the Ministry of Approvisation in Warsaw after the war.

2) Was there any local resistance to cooperating with the ARA in this early period? Did Poles see this organization as primarily "American" or primarily "international"?

At the state-level there was great enthusiasm surrounding the American mission. From memoirs and reports, the local conditions were often tense, tensions arising along confessional lines in settlements that fall in what is known as the "Pale" of Jewish settlement. The food was identified as American, with the title of American food carrying a certain weight of legitimacy. 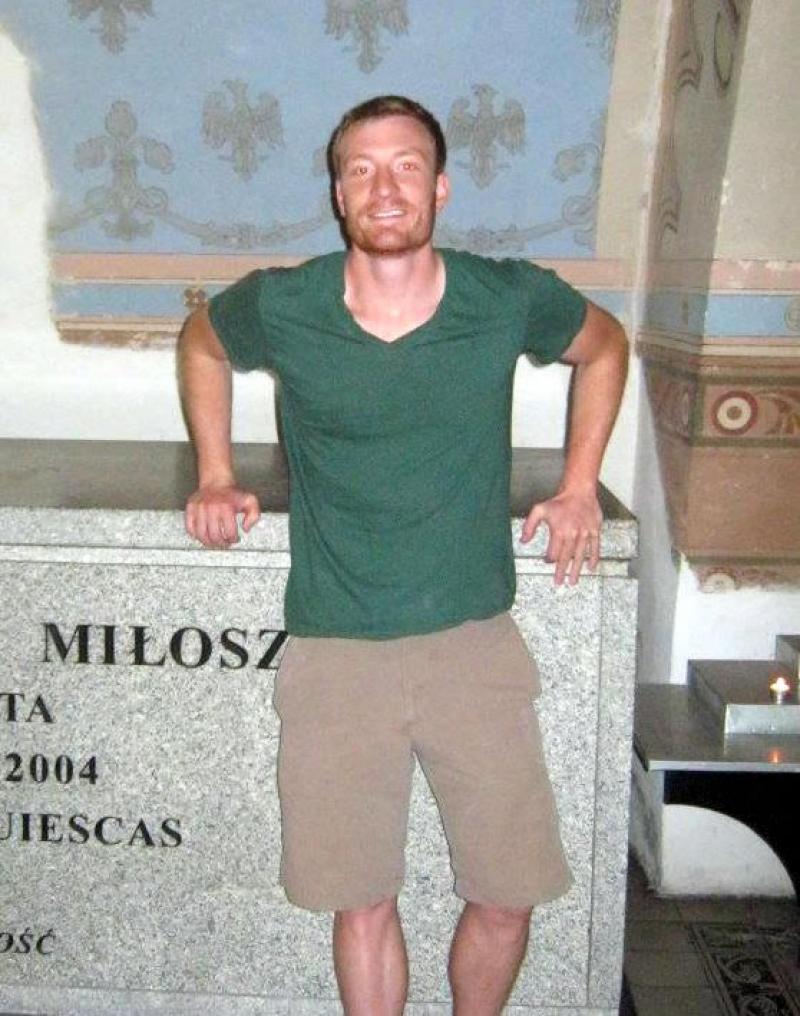 I spent the summer in Krakow, Poland through a FLAS grant and supplemented by Polish Studies Initiative research grant. I studied Polish at Jagiellonian University in Krakow and advanced from an OPI level of Advanced Mid to Advanced High. In addition, I spent 2 weeks researching Polish-langauge criticism of Boleslaw Prus's novel The Doll. I am incorporating this research into an article I hope to submit in the coming months, titled "Dramatizing Dualism: Dialogism and the Use of the Literary Double in Boleslaw Prus's The Doll."

1) What kinds of people are learning Polish at an Advanced Mid/Advanced High level? For what purpose? Are they mostly people living in Poland or living abroad and working with Polish?

My impression from my study abroad experiences is that a few main groups of people study Polish at an advanced level. First and foremost, children or grandchildren of Polish immigrants (often heritage speakers), whose parents place a lot of emphasis on keeping strong ties to Poland  through regular trips, speaking Polish at home, etc. Most of the students in my advanced classes were heritage speakers trying to hone their already fluent speech with proper grammar. Others study advanced Polish because they, for one reason or another, have settled in Poland, including Catholic monks and priests, immigrants who work or have started a business there, and other expatriates. And a final main group is academics, like myself, who, fascinated by some aspect of Polish culture, have decided to devote to it part or all of their research.

2) How does the scholarship on Prus in Polish differ from what you've seen in English? What are the most important recent articles and books on Prus and how has the field been developing? 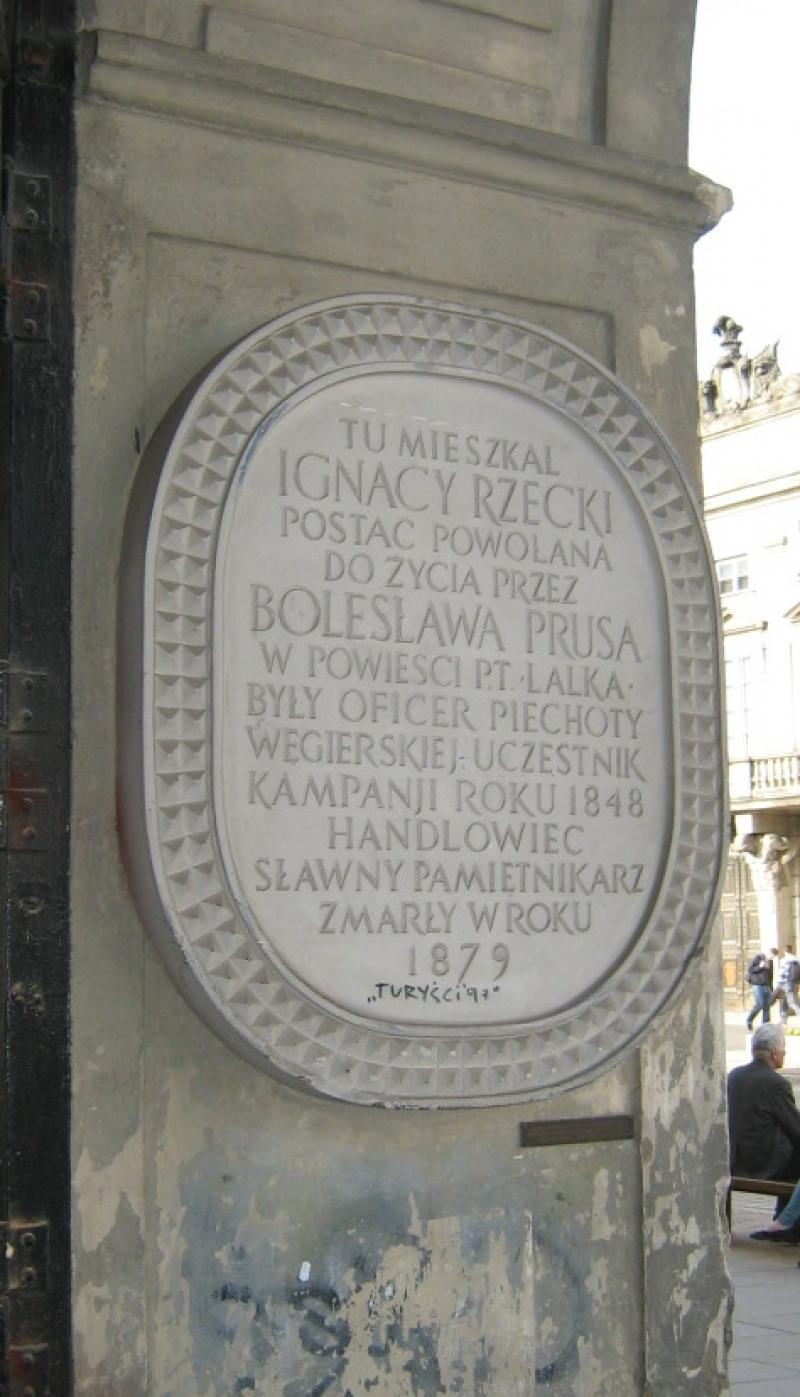 As I was writing on Boleslaw Prus and his famous novel The Doll, I realized that my arguments should inevitably engage Polish-language scholarship. My original interpretation of the novel engaged ‘Western’ scholarship on the literary double, including both psycho-analytical and structural approaches to this literary phenomenon, which is heavily featured in The Doll. What was lacking was the salient critical discussion of the novel itself, which has overwhelmingly taken place among Polish writers and scholars. My reading of two key works, Zbigniew Przybyla’s Lalka Prusa: semantyka – kompozycja – konteksty­ (1995) and Ewa Paczoska’s “Lalka” czyli rozpad świata (1995), and reference of others, conveyed both how this novel was received by Prus’s Positivist contemporaries and how views of it have evolved in the modern and postmodern eras. Most notably and relevant to my argument, in the past 50 years Polish scholarship, under the influence of Mikhail Bakhtin and other 20th-century thinkers, moved away from static interpretations of the novel’s moral to focus on its open-endedeness, complexity, and remarkable ambivalence. Using Bakhtin’s concept of dialogism in the modern novel, Polish critics such as Przybyla and others have demonstrated how the novel’s title, conclusion and several episodes are multivalent, or contain multiple possible meanings and resist definitive interpretation. This view of the novel complements my analysis of character doubles as a device for exploring dualism and ambivalence to social currents at the time (Romantic notions, idealism, scientific progress, social benefaction, etc.), and I attempt to situate my argument within this critical discussion.