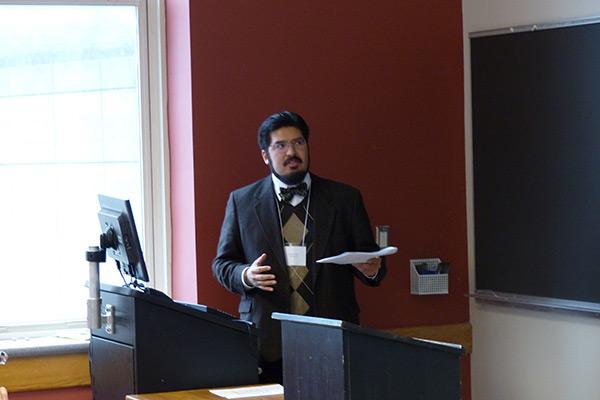 In his dissertation, Jonathon focused on Communist Party propaganda in Kazakhstan during the Stalinist era (1929-1953). He explored both the mechanics of propaganda production and dissemination, as well as the influence of that propaganda on the Kazakh population.

While a number of historians have studied Soviet propaganda, very few have done research on propaganda in the non-Russian regions of the Soviet Union. Jonathon’s pioneering research was made possible by his extensive language training in Russian, Kazakh, and Uzbek (aided by the support of FLAS fellowships from the Center for Slavic and East European Studies). Having mastered these languages, Jonathon then spent two years conducting research in Kazakhstan and Russia. He held a Fulbright Fellowship for one of those years, and this fellowship supported his dissertation research in Almaty, Kazakhstan. He found a wealth of materials in the Kazakh archives, and he has the distinction of being one of the few American scholars to have conducted research there. In addition, he spent most of another year in Moscow conducting research in the Russian archives.

Jonathon has accepted a tenure-track position as Assistant Professor in the Department of History of Cornell College, where he will begin teaching this fall.