CSEES would like to congratulate the following students on winning FLAS Fellowships for the 2017-2018 academic year. Fellowships are made possible through a 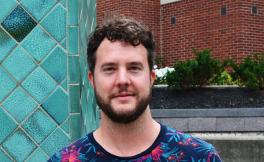 Kassi Graziani, International Studies and Russian major with a specialization in security and intelligence: Advanced Russian. Kassi aspires to work in either intelligence collection or analysis.

Dane Kirk, Center for Slavic and East European Studies and Public Administration dual master’s degree student: Advanced Russian. Dane’s research interests include analyzing Russia’s geopolitical ambitions, the impact of those aims on the US and its interests, and the strategy they employ on the world stage in order to achieve those ends. He is also interested in Russia’s relationships with the other post-soviet states in this context as they forge their own paths that may or may not include being part of what Russia has termed the “русский мир”.

issues and management in Central Asia, specifically regarding tuberculosis and HIV.

Barbara Roth, Department of Political Science: Advanced Bosnian-Croatian-Serbian. Barbara’s research is on comparative politics and international relations with a focus on social and political culture in the western Balkans. 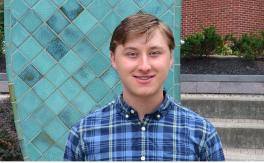 Russian relations in Eastern Europe and Slavic languages in general.