In January, we were fortunate enough to hold a month of screenings of some of the best Polish films of the postwar era. Martin Scorsese’s Film Foundation led the way for the restoration of 21 classic Polish films in cooperation with DI Factory and the Digital Film Repository (Cyfrowe repozytorium filmowe). The films were shown at the Wexner Center for the Arts with support of the Department of Slavic and East European Languages and Cultures; the Center for Slavic and East European Studies; Ohio State’s student organization Polish Club; the Polish American Club of Columbus; the Polish Studies Initiative; and the Wexner Center itself. Special thanks should be extended to Jessie Labov and Dave Filipi for their continuing efforts and organizational work to bring the series to Columbus. 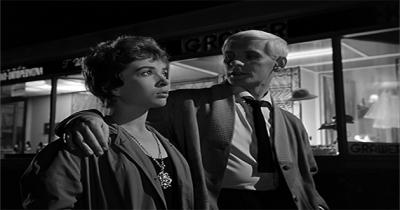 Polish film is, quite simply, outstanding. Martin Scorsese himself counts Polish cinema as one of the major influences on his film style, alongside Italian Neorealism and the French New Wave. Their 10 Oscar nominations for Best Foreign Language Film puts them behind only a handful of other nations, and before Ida won this year, they had the most nominations of any country never to have won. Over the last 60 years, Polish cinema developed its own visual style, while simultaneously incorporating influences from world cinema. 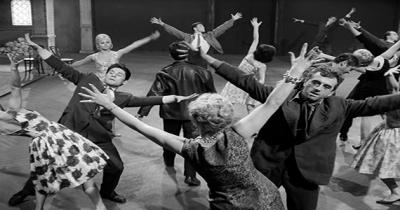 The Masterpieces of Polish Cinema provided audiences with a fantastic introduction to Polish film. From the most famous Polish directors, such as Andrzej Wajda and Krzystof Kieslowski, to auteurs less well known abroad, such as Tadeusz Konwicki and Krzystof Zanussi, the series gave audiences a glimpse at the diversity and scope of Polish cinema during the Communist Era.

The Polish School figured heavily in the series, and with good reason, because it set the foundations for modern Polish cinema. Beginning in the middle of the 1950s under the tutelage of Aleksander Jackiewicz at the National Film School in Lodz, a new group of diverse directors, actors, scriptwriters and cinematographers took Polish film to a new level, winning awards at Venice, Cannes and nominations for Oscars. Andrzej Wajda, Roman Polanski and Jerzy Kawalerowicz are three of the most famous members of this group, which built upon the Polish cinema of the interwar era, used Socialist Realism in new ways and incorporated influences from the French New Wave and Italian Neorealism.

Although they are called a school, the group did not have a single aesthetic agenda or a single subject for their films. Wajda’s Innocent Sorcerers (Niewinni czarodzieje, 1960) shows the deep influence of French New Wave, as it traces two young lovers enjoying a night together. Konwicki’s Jump (Salto, 1965) and Wajda’s Ashes and Diamonds (Popiol i diament, 1958) take Neorealism and add a metaphysical layer based on Polish Romanticism and the legacy of Messianism. Both Wajda and Konwicki address the problems of Post-war Poland, although in radically different ways, and in many respects Jump relies on audiences recognizing the inimitable Zbigniew Cybulski’s role in Wajda’s film. Jerzy Kawalerowicz raises that metaphysical layer to another echelon with his existential piece Mother Joan of the Angles (Matka Joanna od Aniolow, 1961) that won the Special Jury Prize at Cannes.

The second generation of the Polish School returned to the epics of Polish literature, most famously with Jerzy Hoffman’s Pan Wolodyjowski (Colonel Wolodyjowski, 1968) and Potop (The Deluge, 1974), based on Henryk Sienkiewicz’s famous Trilogy. This trend was represented in the series by Aleksander Ford’s Krzyzacy (Black Cross), which culminates in the Battle of Grunwald, in which Polish forces joined with Lithuanians, Czechs, Ukrainians and Tatars to defeat the Knights of the Teutonic Order. Even though Ford began making films much earlier than the Polish Film School directors, and even taught both Wajda and Polanski in Lodz, his epic fits nicely with the themes and sweeping cinematography of the era.

Janusz Morgenstern’s Trzeba zabic te milosc (Kill that Love, 1972) and Krzystof Zanussi’s Iluminacja (Illumination, 1972) mark a return to the concerns of the individual against the epic sweeps of history. Morgenstern’s film shows the younger generation as they struggle to find themselves and fund themselves in a hostile world. Zanussi put metaphysical philosophy first and foremost, creating a postmodern hero in the Polish context. These films offer some of the first open critiques of the Communist world, not for strict ideological concerns but because of its failing the very individuals it was supposed to protect.

Following on the heels of this Third Generation of Polish Cinema came the Cinema of Moral Concerns, otherwise known as the Cinema of Distrust according to Mariola Jankun-Dopartowa. Krzystof Kieslowski is by far the most famous of this generation, and his A Short Film about Killing (Krotki film o zabijaniu, 1988), a lengthened version of Episode V of his Decalogue (1988), won at Cannes, FIPRESCI and the European Film Awards. The Wexner Center also showed Przypadek (Blind Chance, 1981), which was not released until six years after filming in Poland and connects Kieslowski’s style to that of Zanussi.

Although this series represents a fantastic overview of Polish Cinema from 1955 to 1988, there is still plenty to see. If you have caught the bug for Polish cinema like I have, there are a few places to go from here. Besides the obvious films, such as Wajda’s Kanal (The Sewer, 1956), Czlowiek z marmuru (Man of Marble, 1977), and Czlowiek z zelaza (Man of Iron, 1981), Hoffman’s Trilogy, and the rest of Kieslowski’s oeuvre (especially Decalogue), I would like to recommend a few more recent films as well as a few comedies, a genre that has traditionally been underrepresented in such retrospectives.

Let us start with some comedy recommendations. Beginning with Ewa chce spas (Eve Wants to Sleep, 1958), Poland has produced many fantastic comedies, which have rarely been shown outside its bounds. Rejs (The Cruise, 1970) by Marek Piwowski hides a political satire in plain sight and is reminiscent of Christopher Guest films. Andrzej Mularczyk scripted three films for Sylwester Checinski that have become cult classics, Sami Swoi (All by Ourselves, 1967), Nie ma mocnych (Big Deal, 1974) and Kochaj albo rzuc (Love it or Leave it, 1977). Juliusz Machulski’s ridiculous Seksmisja (Sexmission, 1984) has aged well, and stars a relatively young Jerzy Stuhr who has become an enormously successful director as well (his Historie milosne [Love Stories, 1997] has been very well received both at home and abroad). Kiler (Killer, 1997) became an industry with his mockery of typical Western action films, a common trope in Central and Eastern European cinema.

The studios Tor and Kadr, from which many of the films in the series were drawn, have put their entire collections online on YouTube. Many of these films come with subtitles and reasonable quality for viewing. If you already understand Polish or perhaps are learning at the moment, then the animation produced by Studio miniatur filmowych (Studio of Film Miniatures), also on YouTube, may be of interest to you. Many of these films are also available for loan from the CSEES Film Library.

Even these recommendations barely scratch the surface of the deep reservoir of Polish Cinema. There is so much more happening in one of the best film traditions in the world, and so much more to look forward to in the next decades. We hope to continue to work to bring the best of it to Columbus and share it with all of you.