An Update from Kodiak, Alaska 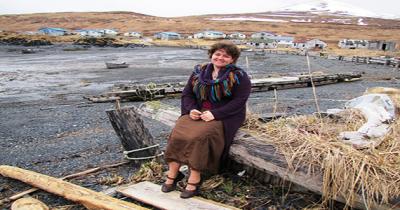 Blessed are those rare people who have a happy dwelling within one culture and are never affected with a highly contagious wanderlust. Obviously, I am not one of those spared by the bug; it would take a while to map my journeys, both physical and intellectual. 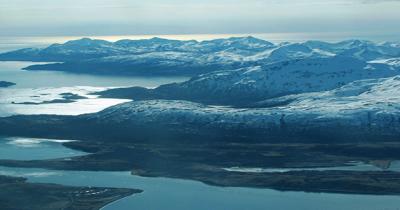 In 2010, when I visited a former Russian capital of Alaska, Kodiak, the condition only got worse. Fortunately, my advisors, Professors Daniel Collins, Predrag Matejic and Irene Delic, Department of Slavic and East European Languages and Cultures, sympathized with my condition by letting me turn my obsession with the Russian Creole culture of Kodiak into the subject and practical field of my PhD research. In 2011, I took my candidacy exams and, three days later, moved to Kodiak, Alaska never to be seen, as some perhaps thought, on the Ohio State campus again. 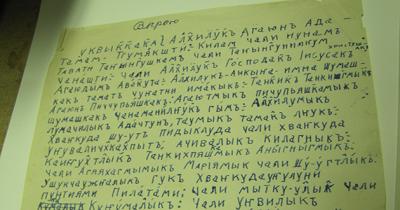 However, my spirit of a scholar prevailed over wanderlust and I immersed myself in scholarly and academic activities. During the four years in Kodiak, I taught multiple courses of Church Slavonic and Russian Church History at St. Herman’s Theological Seminary and multiple courses of first and second year Russian and Introduction to Humanities at Kodiak College (satellite campus of University of Alaska, Anchorage), while also working as the archivist at the Diocesan Archive located at St. Herman’s Seminary. My duties as the archivist included work with rare nineteenth and early twentieth century documents in both Alutiiq (language of the indigenous people of Kodiak Island), Russian and Church Slavonic languages; work with various rare documents requested by visiting researchers, day or night, depending on when a pilgrim would knock on the door of my Seminary apartment; and tours of the Archive for numerous pilgrims and visitors to Kodiak. 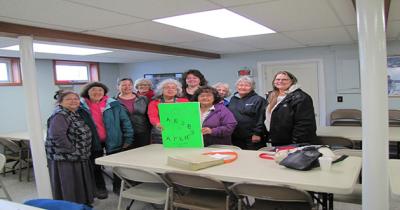 Still, the wanderlust kept bothering me but I resolutely tamed it by working relentlessly on numerous projects – a description of Kodiak sacred landscape; restoration of traditional village church decorations and reintroduction of Cyrillic literacy to Kodiak villages to name a few. Also, together with the local Kodiak historian Dawn Lee Black, I embarked on what might turn into a life-long project of translations of Russian missionary priests’ log-journals. These translations are invaluable to the understanding of the Native culture, as well as the repercussions of both Russian and American presence in Alaska. Some of the translations are available online. 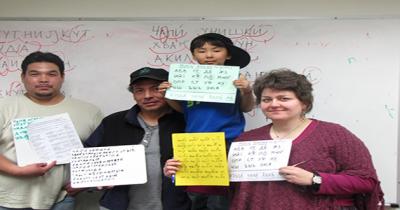 Finally, together with Kodiak Alutiiq Elders, I started Project Slawilutiiq (liturgical writings in Slavonic and Alutiiq) that I, with the support of St. Herman’s Seminary, launched in the spring of 2012. The project pursues two goals: to restore the tradition of Cyrillic literacy that, through the works of Russian Orthodox missionaries, thrived in Alaska in the nineteenth and early twentieth centuries but is almost forgotten nowadays; and to restore (musically and liturgically) Orthodox hymns and prayers translated into Alutiiq by the bilingual Church Readers from Kodiak villages. On April 28 the project will be presented to Kodiakans at the Baranov Museum located in the oldest Russian building in North America. 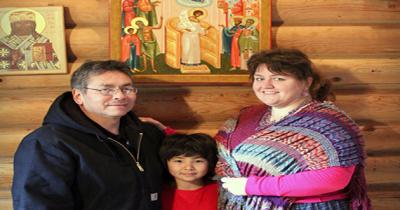 And guess what? It seems that I have finally found a cure for wanderlust. The magic potion is composed of the everyday care for two Alaskan men and one Alaskan dog; every day teaching at either college or seminary; an everyday heavy dose of ocean breeze; the all-encompassing mountain view; the ever-present spring water; the ever-great-tasting salmon, halibut, crab, sea-urchins, shrimp; and, most importantly, the all-curing feeling of being NEEDED! 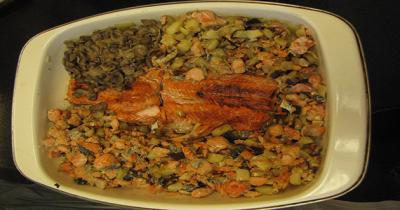 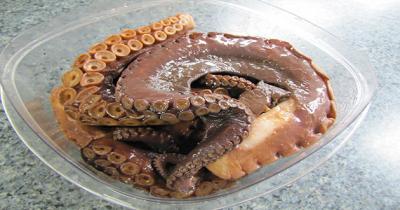