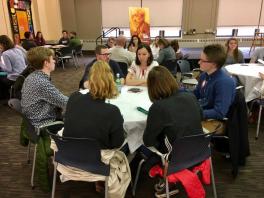 On Friday, February 3, CSEES hosted 60 Granville high school seniors to assist the students with their capstone research project. Each of the high school students had

been assigned a country in Central Europe, Eastern Europe, Southeastern Europe, or Central Asia for their ‘Global Awareness’ capstone project.

The goal of the project was to expose the students to cultural and political issues in countries that are not commonly studied at the high school level. The students were asked to identify three major socio-political and economic problems in their assigned country and to devise solutions to the problems.

In order to give the students a more personal perspective on the problems they were researching, CSEES provided resource people who are experts in the region to discuss different problems occurring in the specific countries. For each country, CSEES provided one or two people to converse with the high school students for two hours about their assigned country. The resource people encouraged the students to think critically about the problems they had identified and to draw connections with American society and similar problems that exist in the USA. 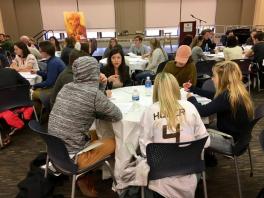 The room was abuzz with conversation and discussion throughout the morning. The small groups received individualized instruction from university faculty and

graduate students. Speaking to experts who have lived and studied in the region helped the students to understand the problems at a more detailed and complex level. The students were eager to discuss what they learned and to ask questions about what they still did not understand. 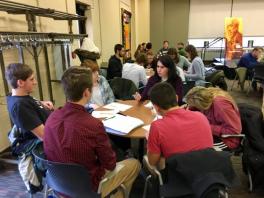 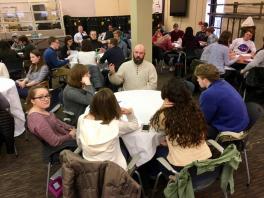