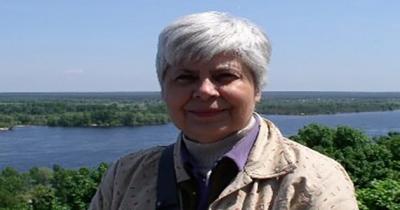 As part of its collaboration with Ohio community colleges, the Center for Slavic and East European Studies organized two lectures by Ohio State faculty at Lakeland Community College (Kirtland, Ohio) in partnership with Lakeland’s Center for International Education. On Sept. 25, Theodora Dragostinova delivered the lecture “Building Walls, Smuggling Refugees: The Current Migration Crisis in the Balkans and Europe in Historical Perspective.” Her talk addressed the migration crisis in Europe through historical example, interrogating the relevance of the past today. She argued that Europe has experienced and dealt with refugee crises of a similar scale before, in particular after WWII. Dragostinova is professor in the Department of History at The Ohio State University. Her work focuses on nation-building, refugee movements and minority politics in Eastern Europe.

Myroslava Mudrak visited Lakeland on Nov. 12. Her lecture, “Minsk, Maidan, and MH17: Shadows of Forgotten Events in Ukraine,” examined issues of dissidence, distrust and defiance in the shaping of Ukraine as a new European state. She asserted that attention in recent months has shifted from the conflict in Ukraine to the conflict in Syria and sought to remind the audience that conflict in Ukraine is still ongoing and events are still unfolding as Ukraine seeks to uphold democratic values and move away from Russian hegemony. Mudrak is  professor emerita of history of art and her specializations are Russian and Soviet Avant-Garde; Ukrainian Art; and 19th and 20th Century European Modernism, focusing on the unfolding of modernism in Eastern Europe and the former Soviet Union in relation to the philosophical and stylistic developments of the West.